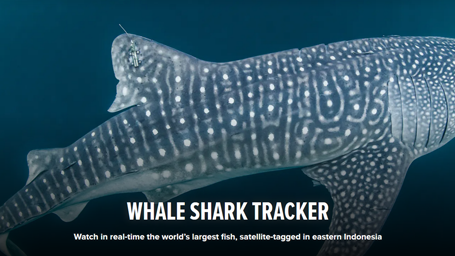 In 2015, Conservation International scientists in Indonesia performed a first: We attached satellite transmitters to the dorsal fins of whale sharks. These transmitters had never been mounted on whale sharks because the species was simply too big to catch — so our scientists partnered with local fishermen who had inadvertently captured whale sharks in their nets, then dived in to attach the transmitters before releasing the sharks. Working with our partners at the Georgia Aquarium, we’ve learned a lot about the charismatic species, including their migratory movements and diving behavior — much of it new to science.​​